Distributed ledger technology backed by a basket of commodities would let Africa stand apart from the coming US-Sino war.

There is a war brewing. For the first time since 1948, there is a chance to create a modern reserve currency mechanism, and China is the clear front-runner.

Hampered by decades of decay, the EU appears too disjointed to respond in time. Germany’s constitutional court recently slammed the European Central Bank for some of its actions regarding public sector purchase programmes, essentially criticising the latest round of excessive quantitative easing (QE). Its judgment emphasises the growing rift in the eurozone, and Covid-19 is increasing pressure on unity.

The US is also not engaging to win. It prefers maintaining the Bretton Woods status quo, which centralises world finance around the US. There are more than 11,000 Society for Worldwide Interbank Financial Telecommunication (Swift) member banks globally, sending more than 30-million daily messages via the messaging standard developed initially in 1973. Almost all the resulting payments clear through Chips, a New York-based payments clearing house. This level of centralisation allows the US to regulate banking actions globally, with more than $29bn issued in fines last year alone.

The charge against this disjointed centralist finance system is brought, ironically, through the very export that made the US great: liberty. Today, this liberty is best encapsulated by distributed trust, a tech concept that is fast gaining social acceptance. The US today is deeply divided, with Covid-19 and President Donald Trump stressing the fault lines around ideological and economic world views. Traditional libertarians are finding new vigour through the rise of the intellectual dark web, a brilliant movement feasting on the mainstream media’s fall from grace. I am reminded that a house divided against itself cannot stand.

Enter the Chinese government programme, with the digitisation of the yuan. While most of the media focus on Trump or social issues such as race, the Chinese are adding an important distribution mechanism to their Belt & Road programme. Portable through distributed ledger technology (and not the Western Swift standards), private (inasmuch as China tolerates privacy) and backed by clear industrial value, the plan is brilliant. It has every chance of displacing the over-printed greenback as most of the world’s reserve mechanism.

This war presents a fantastic opportunity for SA. By returning to age-old wisdom but modernising the mechanism, we stand to play on a stage that is bigger than one currently envisioned by any leadership.

Currency can be defined as a trusted exchange mechanism that is liquid, portable and allows for fractional use. Clearly, it is impractical to exchange any traditional commodity for a haircut at the local barber (though I am sure he would’ve taken anything during hard lockdown).

In recent years, blockchain and other forms of distributed ledgers have offered new avenues for verifying transactions. It’s definitely taken root. Though severely hampered by lack of trust and portability, the blockchain currency bitcoin is still standing, even after numerous setbacks. This only confirms that the world has already shifted past the adoption chasm of distributed ledgers and is rushing towards a new standard.

Traditional banks will find it hard to respond to this tsunami of change in technology and trust. Over-regulated as a result of US mistakes (such as the sub-prime collapse), the global war on terror and local equality doctrines, their credit extension decisions are not pure and thus expensive.

Chinese banks are perfecting this aspect. The numbers show as much: Chinese investment banks are already providing more credit extension than US and EU banks combined. Businesses in the developing world — and especially along the traditional silk road — are responding to the efficiency of the Chinese plan.

As the most sophisticated economy on the continent, SA can provide clear leadership in this matter, though the generally spineless behaviour around SAA and Eskom dampens enthusiasm that we will. It is important that finance minister Tito Mboweni and Reserve Bank governor Lesetja Kganyago respond to this unfolding situation, as the original inventor of gunpowder is winning the war.

The plan is simple: make a play. Create a Southern African reserve currency with true distributed (trust) ledger technologies (DLT), backed by a basket of commodities. Arrange for the pre-take-up into local reserves of gold, diamonds, silver and others and issue the DLT-based currency against it.

In 2012 the Cato Institute, a US think-tank, proposed a similar return to a commodity standard to the US Fed. The beauty lies in the simplicity, as well as the sophistication: this is no old-school gold standard, rather a modern mechanism based on M1 money supply fractional reserves but backed by gold.

Credit creation is still done by our highly efficient banking system, but the functioning of the reserve currency remains backed by tradition (gold) and technology (cryptography and DLT). Did I mention that this mechanism also guarantees (through immutable smart contracts) the independence of the money supply in our region?

As a region, we have sufficient resources in the ground to guarantee a level of value the Chinese would envy. Start the mining engines and add technology and trust. Unemployment will be a distant memory.

There is a war brewing, and we have the following options: nail our flag to the mast of either the US or China, or be neutral and build African solutions for African problems. We have the skills and sophistication to lead.

Brink is CEO of Andile Systems. 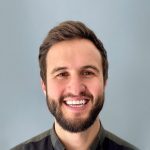 The Trust Currency - how do we build trust in a modern world? 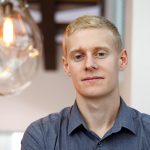